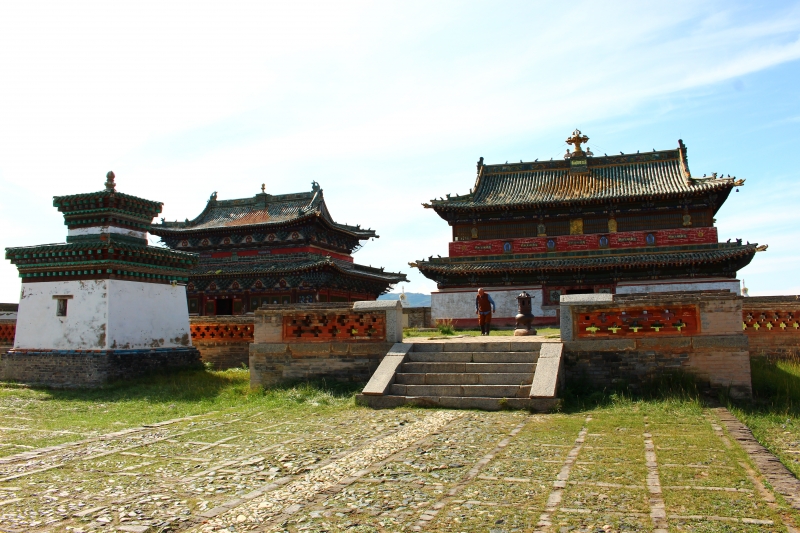 The imperial site of Karakorum is located near the Orkhon River and on the northeastern slopes of the Khangai Mountains. First, the area around Kharakorum had been inhabited by nomadic Uyghur tribes. After Chinggis Khan, founder of the Mongol empire invaded the area, he established his residence there. In 1235, Uguudei, son and successor of Chinggis, surrounded it by a rampart measuring approximately 1.7 kilometers by 1 kilometer; it was during his reign that the Karakorum became a truly urban, diplomatic, and commercial center. The Karakorum existed for 140 years but was the capital of the empire for only 32 of those.

Having met the Dalai Lama in 1577 at Khokh Khot, Inner Mongolia, The KhalkhAvdaiKhaan built, in 1586, three temples to house thanka offered by the Dalai Lama. The construction of Erdenezuu began in the 16th century and continued until the middle of the 19th century. A wall of 108 stupas, 400 meters by 400 meters, surrounds the monastery. The temples often suffered fire or attack over the years. What was left of the great monastic complex was turned into a museum in 1965.