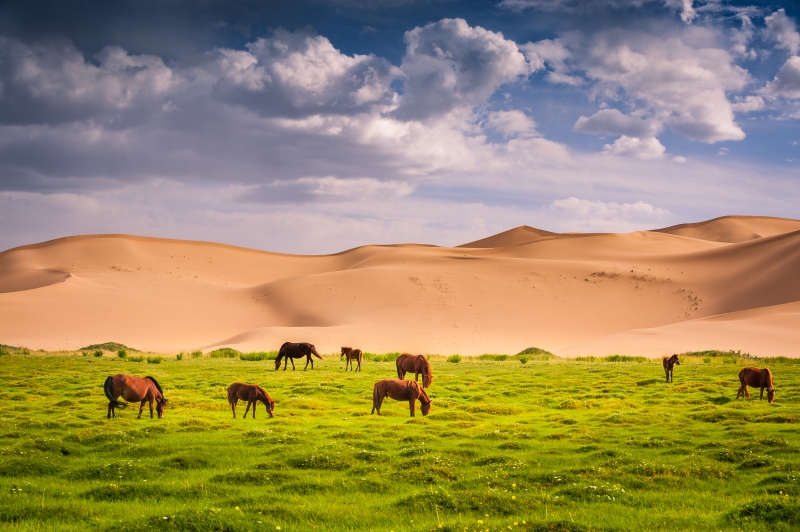 The sands of Khongor are north of the Baruunsaikhan Mountains and in the northern part of the Sevrei and Zuulun Mountains, about 200 kilometers west of Dalanzadgad in Sevrei sum. They extend for 185 kilometers and include dunes that can reach 20 meters in height. The sound produced by the masses of moving sand can be heard from afar, and when it occurs, it is said that it can be mistaken for the sound of an airplane. Hence their name ‘singing sands’, or ‘musical sands’. Near Khongor Gol, at the northern edge of the dunes, is an oasis.