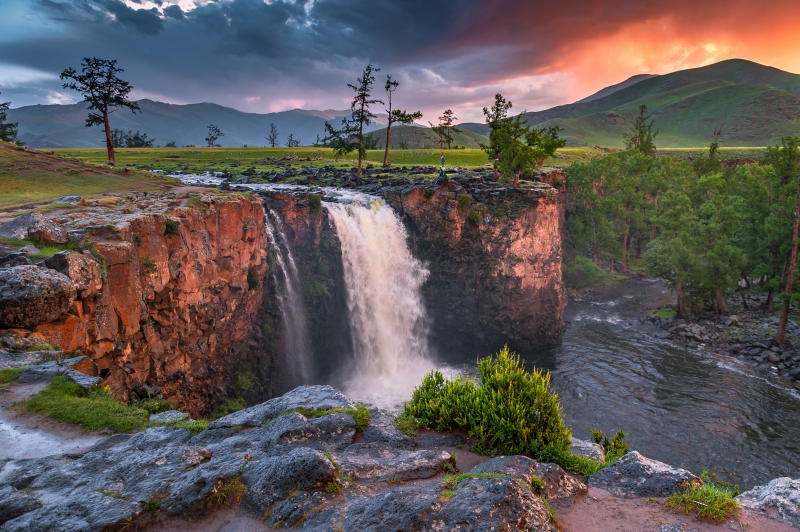 The valley of the River Orkhon had been the center of different sequent nomadic empires for centuries as the kings or khans of these powerful formations used this place to build palaces and govern the empires from there. It has been inscribed in Unesco World Heritage confirming the exceptional and universal value of a cultural or natural site that requires protection for the benefit of all humanity. Located in the central part of Mongolia as the cradle of national history and 360 km far from Ulaanbaatar capital

There are 26 historical sites that cover the area of Karakorum, Khotont, Khujirt, Batulzii, and Khashaat. Many square burials, Deerstone and bronze artifacts related to Bronze age have been found in the are of Orkhon valley.

According to historical sources, the Xiongnu Empire (3 rd century B.C. – 1 st century A.D.), which was the first nomadic state in Inner Asia, founded a settlement called Lut in that region, whilst the Rouran Khaganate (3 – 5th century) established the settlement Mumu there.

Moreover, the sanctities of such famous statesmen of the Turkic Khaganate as Bilge Khan (683 or 684 - 734) and Kultegin (685 - 731) were situated near the River Orkhon as well as Ordu- Baliq or Karabalgasun, the capital of the Uigurs.

Genghis Khan chose the valley of the River Orkhon to found the capital of the potential Mongolian empire in order to preserve and strengthen the nomadic tradition and to follow historic adequacy in the belief Otuken, the nearby Khangai mountain will grant courage, power, and victory to his nation.

At the end of the 16th century, Abtai Sain Khan, grandson of Batumongke Dayan Khan started to spread Tibetan Buddhism in the Outer- Mongolian area. He founded Erdene Zuu, the first Mongolian monastery at the exact site of the ruined Karakorum in 1586.