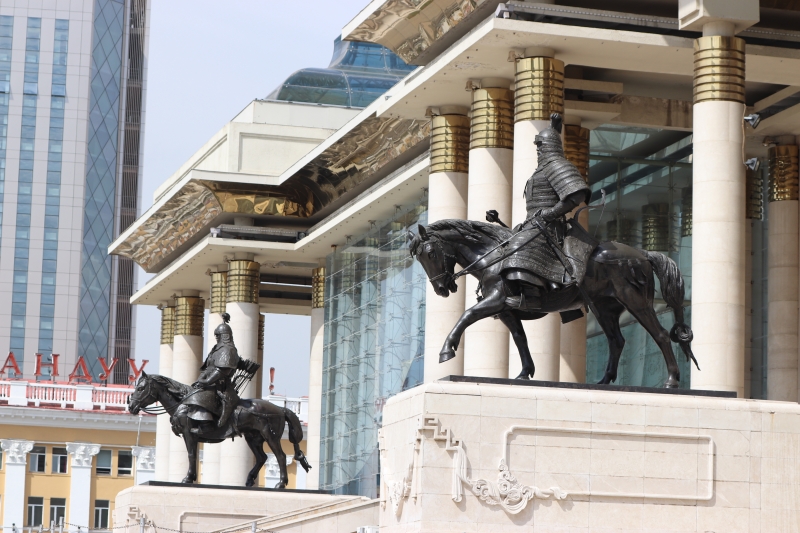 The heart of Mongolia, Ulaanbaatar is a city with outstanding history and heritage. Ulaanbaatar historically known as Urguu was created in 1639 and was originally located 420 km from Ulaanbaatar in the present day Arkhangai province. Because it consisted of nomadic felt tents, the city was moved from place to place until it came it’s present-day location. Interestingly, the city is recorded to have moved 25 times. After the proclamation of Mongolian independence from China, the city became the capital of Outer Mongolia in the beautiful valleys and surrounded by 4 holy mountains Bogd Khan, Chingeltei, Khan Uul, and Bayanzurkh. This is the Mongolian heartland; a breathtaking landscape of rolling hills, steppe and occasional forests. Finally, 1924 the city renamed Ulaanbaatar (Red Hero). Since then, the city is serving the political, cultural and economic capital of Mongols.

The city, located at 1351 meters above sea level, stretches in an east-west direction across the Tuul River valley. It has a population of around 735000 and almost one-third of Mongolians make Ulaanbaatar their permanent home. The town center is surprisingly modern and a stroll through the town center can be pleasant for those who like walking. Linked by train to Russia since 1950 and to Beijing since 1955. The city is divided into eight districts named after the mountains: Bayanzurkh, Bayangol, Songino-khairhan, Chingeltei, Sukhbaatar, Khan Uul, Nalaikh, and Baganuur.